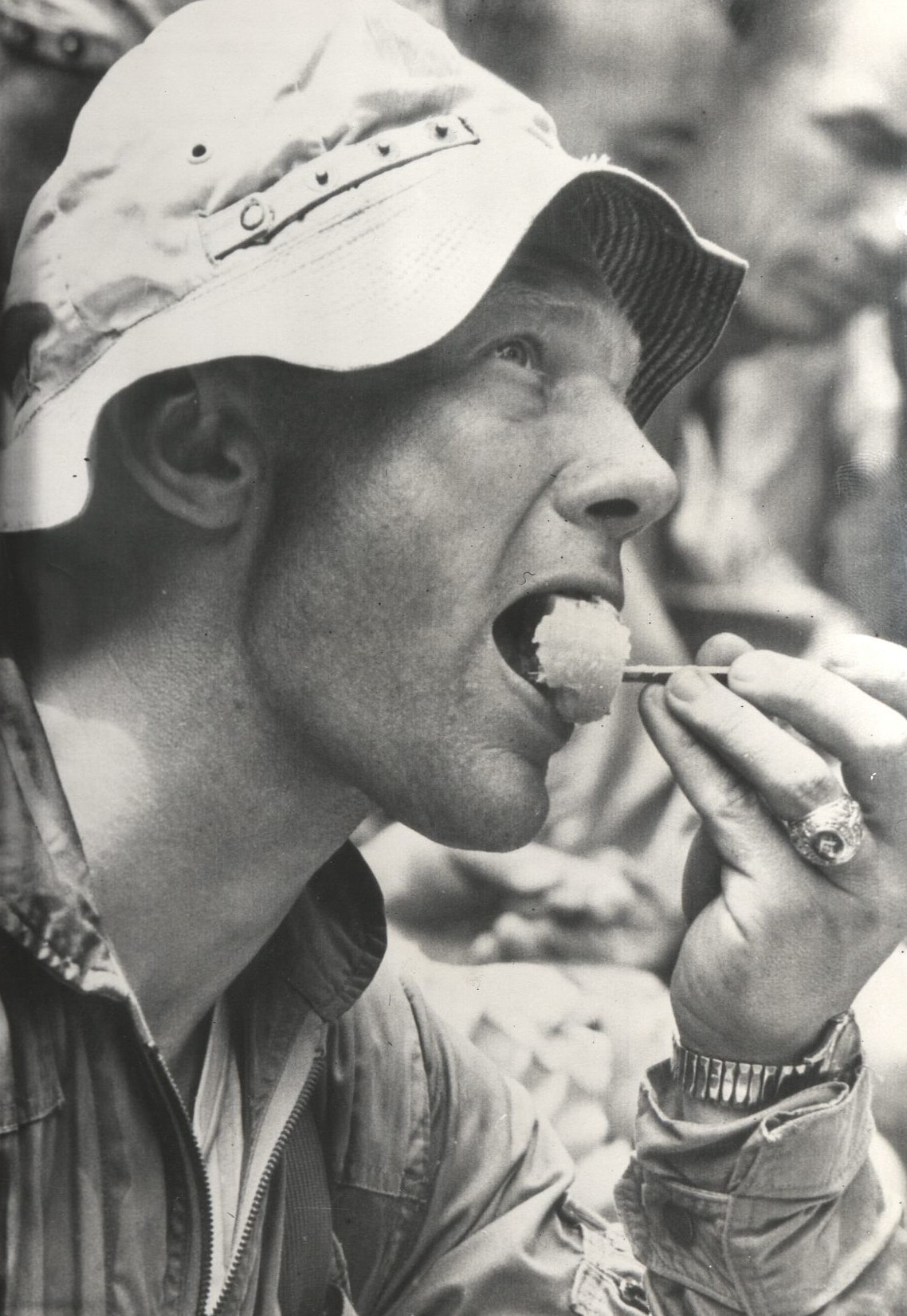 In only one more day, it will have been fifty years since Neil Armstrong and Buzz Aldrin took their historic steps on the moon. We have several photos in the collection of NASA astronauts training at the Tropic Survival School at Albrook Air Force Base in the Canal Zone, one of which features Aldrin eating boa constrictor.

Do you have any information about astronauts in the Canal Zone? Russel L. Schweickart hacks a canteen from a section of bamboo, 1964 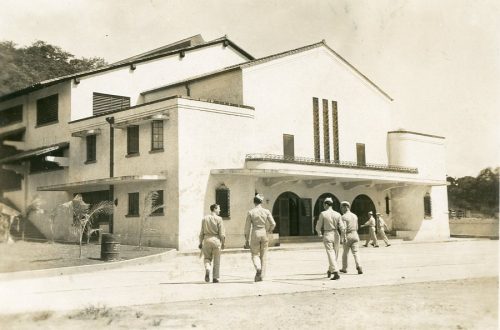 Can You Identify These Locations? Part II 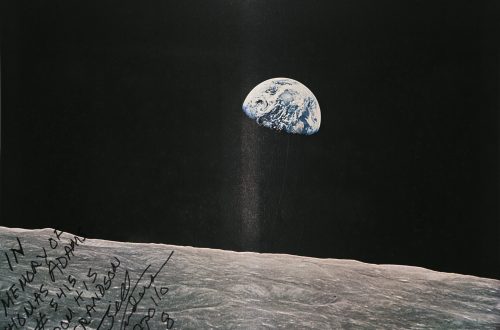 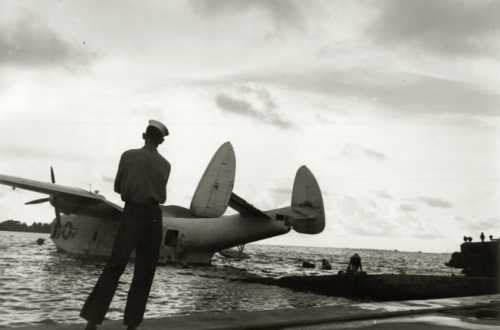